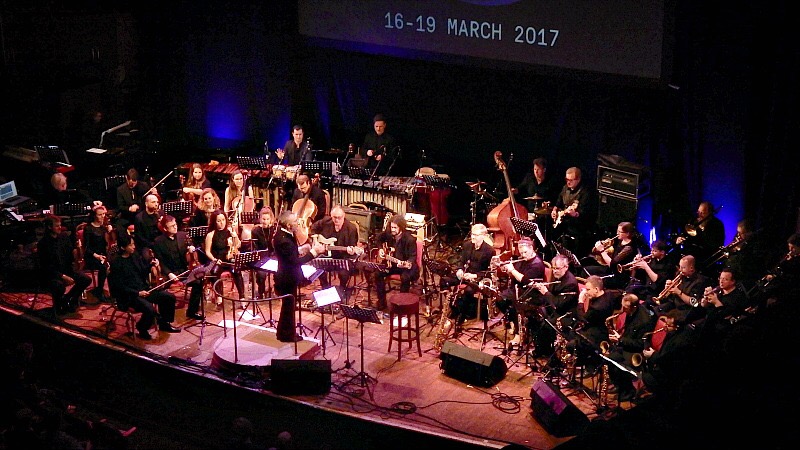 Its the only festival I service that is right on my doorstep. In choosing to specialise my sound service provision to folk, jazz, world genres, I rarely work in my home town of Bristol which has a very healthy music scene of grime, dupstep and drum and bass! Instead I tend to sidestep the dubstep on the doorstep (still with me?) and travel much further afield than most to support festivals that hire me for my specific knowledge of acoustic music and wonderful team.

Of all the festivals I’m involved with, BJAB is the only one I have been involved with since year one, festival conception. Usually festivals start organically very small, and my sound services aren’t usually drafted in until a certain level of sound provision has been demanded by a certain level of artist. No such natural growth period for Bristol Jazz. In year one we hit the ground running with the venerable Arturo Sandovall, and the formidable Ginger Baker – and we’ve staged some of the biggest names in Jazz and Blues in the 6 festivals to date.

Generally the vibe for me at Bristol Jazz is making the impossible possible. We stage some incredibly unique projects involving large choirs and even larger jazz orchestras (as pictured above) all shoehorned onto the “unique” Colston Hall stage, which really wasn’t built to receive some of these grand scale productions, both in terms of logistics and acoustics. 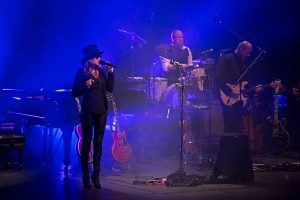 How we ever went from Melody Gardot’s 2016 full touring production (first image) with its 10 hour get-in…30 min get-out, straight into the Bruce Ilett Big Swing Band (second image) in under an hour in total is beyond me to this day (auditorium seating out, completely stripped empty stage, stage extensions, pianos, risers, many other impossible tasks too boring to list, or fit into the time allotted)

Acoustically, we also cracked the uncrackable Hall 1. Even the “big boys” can make a pigs-ear of this place. A quick google search of “colston hall bad sound” will reveal some very disgruntled customer reviews for the likes of Paul Weller, Joe Bonamassa, Michael Bolton, Allison Moyet to name but a few – and these are one off shows where they have all day to get the sound perfected for the one evening show! Unlike a festival where a 30 minute sound check is considered a luxury.

This year, in using the new wireless mixing system, we were able to place a separate sound engineer up in the balcony which has typically receives the bulk of any sound quality grumblings despite the “flagship” Nexo system servicing that area….compared to sliced bread here:

Just goes to show, a difficult room, is a difficult room and no amount of latest equipment or industry hype is going to improve those acoustics for you….as anyone that works with me will know all too well having had me bore them with my audio philosophy/mantra/soapbox many many times….sorry guys!

I do it to inspire them to focus on their own skills and abilities – instead of the glossy “gear-porn” magazines, articles, and marketing ploys that surround the pro-sound industry.

(In fact if you want to glaze my eyes over with boredom very quickly in payback…just start talking latest mixing desks, speakers, so on. Unlike most sound engineers, I find this conversation so very uninteresting!)

I’ve observed over the years that the balcony requires quite a substantially different mix to the downstairs FOH mix, especially at our Jazz Festival whereby you have the likes of Mr Jonny Bruce committing nothing short of virtuoso audio assaults on the trumpet at what must be in excess of 120dB! (That’s pain threshold / Boeing 747 take-off territory Jonny…hope you’re proud of yourself). This tends to translate to a compensatory mix downstairs that doesn’t provide a full audio picture up in the balcony (no trumpet!).

This year we utilised a FOH + contribution system in the balcony so that the dedicated mix engineer could take a feed from FOH and augment it with some of the missing instruments such as Mr Bruce’s aforementioned trumpet, a loud guitar amp, over excited drummer or whatever the balcony engineer felt was needed to complete the balcony audio picture.

(The joy of the aux fed, matrix fed contribution was that once the balance had been compensated, the balcony mix still essentially followed the FOH downstairs mix in terms of fader riding throughout the performance. Clever huh?! Boring teckie bit over)

To my knowledge, you wont find a bad review on-line of the sound at any of the six Jazz and Blues Festivals so we must have been doing something right from the get-go to tame the acoustics. Deploying a dedicated mix engineer armed with iPad for the balcony was the final piece of the puzzle.

So why is it fond farewells in the face of such adversity? There are certain tasks that I know I do very well. I love to be challenged, pushed, stressed and stretched. I’ve not a single doubt in my mind that this festival could have sailed directly into disaster if left in the hands of a less caring technical department. I’ve spent evenings dreaming up solutions to problems most people don’t know exist..and implemented them flawlessly. Nothing quite beats that sense of accomplishment. Giving it your all, and achieving the desired results for all to enjoy.

As well as the fond farewells to Colston Hall as it closes for refurbishment, I look forward to unearthing the new challenges that await with going multi-venue in 2019.

Did someone say cathedral? My speciality! Spiegeltent will be a new one on me admittedly…made of wood though…..what can go wrong?!

Which is the best Kick drum microphone? Pepsi challenge….(A/B tests and a quest for the truth!)